Thai is a remarkably easy language. It’s only classed as a difficult language because it is usually taught in a very complicated manner.

The reason why Thai is so easy is because it is logical and consistent (unlike English, which is probably the most inconsistent and complicated language in the world). The grammar is as simple as can be (unlike French or German). The writing system is 100% phonetic (unlike English or Chinese): every letter has only one sound.

So what about the tones you might ask? Many words have different meanings if you pronounce them with a different tone – but we have tones in English, and it isn’t always so easy to tell what your meaning is in English if you vary the tone. Right?

The tones are kinda important in that you need to vary the tone where expected otherwise you the listener will be taken aback and have to ask “come again…?” But in normal (fast), colloquial speech, words are mostly all run together in a kind of monotone and only a few important words – and the ending of a phrase – needs to be sounded out with the correct tone.

In the Rapid Method, we separate out the letters and their sounds from the tones in a two-step process. Learn all the letters first. You can easily learn the Thai alphabet in a day, but that isn’t enough to be able to read Thai. There’s a lot more involved, such as how the vowels are positioned (surrounding the consonant letter, not following each consonant in a left-to-right manner as in English), whether to fuse two letters together (as in “prayer”) or pronounce them separately (as in “pariah”) and how to separate out words when they are written without spaces in-between.

Once you can sound out each word accurately, then you learn how to figure out the tone for each word. You are expected to repeat the course, but this time adding in the tone. After doing this many times, you develop a kind of mental shorthand or dexterity and it becomes automatic and almost immediate.

And – a bit like learning to drive where everything seems so complicated and up in the air at first – it becomes very easy. It turns out that tones are the easiest and least significant part of the Thai language!

Why learn to read before speaking Thai?

Many people don’t see the need to read Thai. You might be impatient to start speaking and conversing with Thai people as quickly as possible, so you might feel that learning to read is a waste of time; and it seems unbelievably complicated because of the dozens of letters (officially 59 or 72, depending how you count) and hundreds of senseless rules that you’d have to learn.

After all, all the beginner text books and classes use a kind of phonetic transliteration so that you can begin to speak and understand Thai straight away.

What’s wrong with this?

Firstly, this is one of many ways to spell Thai words phonetically, with or without the strange diacritics to denote the so-called “tones”. Alternative spellings might include “sawasdii khrup” or “sawad di krap”. And don’t get me started on the completely wrong and arbitrary official government transliterated spellings for names of people or towns or even the word “city”.

There is no standard and you either have to restrict your learning to books and courses that follow one of the more popular transliteration methods, or try to figure out the correct pronunciation from various ambiguous spellings used in different language schools, courses or videos.

Secondly, nearly all the transliteration schemes are fundamentally wrong! Unless you want to learn the International Phonetic Alphabet and transcribe everything into IPA (because few if any textbooks bother with it), you will probably end up learning the wrong pronunciation for about half of all the words you learn.

And even then, the tones are usually taught incorrectly. In the beginning, when I tried to pronounce each tone deliberately and accurately, I found that no-one could understand me. That’s because I sounded like a sick whale, with the sing-song way I was trying to speak.

If I were to transliterate “Hello. How are you?” more accurately then the closest approximation I would get is something like “s’watdee crub!? (or cah!) s’baai dee maai? crub!? (or cah!?)”

It’s just as confusing, you’re not sure whether “crub” rhymes with “cub” or with “coop”, for instance – and it’s still wrong anyway!

So let me explain why learning to read is so important.

The first reason is simply so that you can continuously pick up vocabulary from your surroundings. If you rely on transliterated text then you have to work much harder by sitting down with a language course designed for foreigners (and still end up with a mere approximation for each word). This is boring and time-wasting, and you will probably never learn current language usage either (like slang or texting or social media expressions).

But another crucial reason is that you will not only know how to pronounce Thai words accurately so that people can understand you when you speak – but ALSO be able to hear Thai more clearly.

I’ve done a lot of research in this and there’s plenty of evidence to show that we nearly always mishear what people say – and that then becomes an integral part of our vocabulary and mental understanding of a language.

This is why there are many native English speakers who say “I should of done it”. These are people who don’t like to read, so they’ve picked up a kind of aural grammar – and they’ve heard “should’ve” as “should of” and that’s how it will remain for the rest of their lives.

In fact, this is one of the main reasons why language has evolved over the generations. Children pick up words and expressions from their parents, family and friends, and errors creep in. Because so many people were illiterate until only the last hundred years or so, these errors got passed on to their children… and over dozens of generations, the language gradually changed.

So, why is this important when learning a foreign language?

The main reason is that we hear whatever it is we think we are hearing. So if you’ve learnt to say or understand something inaccurately then you will hear it inaccurately as well.

Worse, if you are relying on picking up the language simply by listening to people then you will make incorrect guesses and learn the wrong vocabulary and expressions entirely.

In Thai, the typical misunderstandings that “aural” learners develop include hearing the R sound as an L. So you will hear farang saying things like “teelak” or “sabai dee lor?” or “falang” or even “laan” (for shop, when it actually means court or courtyard).

And in general foreigners who learn Thai aurally tend to mishear a lot of what Thai people say and learn a substantial vocabulary that is actually incorrect!

Then when you do try to speak, firstly it sounds like you have a cold; but mostly you will be hard to understand because you seem to be using words that don’t make sense to a Thai person.

I know! I spoke like this for my first few years in Thailand and, no matter how slowly and deliberately I spoke, hardly anyone could understand what I was saying!!!

It was only when I taught myself to read (with my Rapid Method) that I finally realized why. You’ll be surprised at the obscenities that we can sometimes utter as a result of our mangled speech.

Whatever you do, don’t talk about snow or buffaloes or dipping sauce, for example, unless you’ve seen the Thai spelling and practiced enunciating these words clearly and unambiguously. (You will have to ask a very close Thai friend to explain why these words can sound so obscene when mispronounced!)

Check out this principle for yourself. Listen to the TED talk below.

But I don’t need to read, you might say!

Actually, you do need to learn to read first if you want to learn easily and pick up vocabulary without conscious study and to pronounce Thai correctly.

It really doesn’t take long, so long as you follow the Rapid Method. Just try it yourself now and learn – and remember! – the top 25 letters in only 25 minutes.

In Thailand, you are surrounded by a “living visual dictionary” so you can’t help but pick up vocabulary from your environment. Moreover, you’re more likely to remember the meanings of words this way because your mind more easily remembers the context or situation where you saw each word than if you just tried to memorize it from a vocabulary list.

Without knowing how to read, it’s like the world is foggy and out of focus. So many signs and notices with squiggly marks on them and you have no idea what they say or mean!

But once you are literate, it’s like having glasses if you’re short-sighted (or more accurately like having an operation to have cataracts removed). 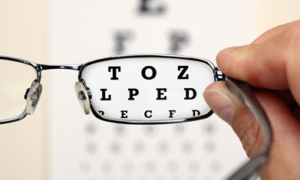 The ‘Rapid Method’ simplifies the language to only what you need to know, so no learning the Thai alphabet, Ko Kai, Do Dek, etc. You will learn to ‘see’ the shapes and ‘solve the puzzle’ for each word.

Each letter has a personality based on its ‘sex’, which is either boy, girl or ladyboy! This only matters much later, when you learn how to work out the tones for each word. This bizarre way identifying the letters actually makes tones a doddle.

“But I am very busy and, besides, Thai is an obscure language compared with Chinese or Spanish… and I can get by and work or manage my business in Thailand successfully enough without knowing more than a smattering of Thai.”

Many people feel this way, and they are right. It’s not essential to know Thai to be able to live and work here comfortably and successfully. Nevertheless, I think it is more useful than you would expect to be able to communicate in Thai if you want to live and work here. I’ve researched the most effective ways of learning a language – with the busy person in mind. I realize that we are all busy with work, family, sports/entertainment and a hectic social life. Devoting time to ‘studying’ is a pretty low priority for most of us (and I include myself).

So my approach is to find ways of learning Thai that requires very little time and effort. I’ve discovered that learning to read is the most important first step. If you attend one of my Read Thai bootcamps then it can be done and dusted in a week.

This then leads on to being able to absorb Thai effortlessly from the environment, the ‘living dictionary’ that surrounds us.

Although it seems counter-intuitive, if you want to be able to speak and communicate then the quickest and most efficient way is through reading… along with listening practice and speech training.

More about this in the follow-on 30-week Everyday Thai for Beginners course and the 50-lesson, one-year Rapid Fluency Course…